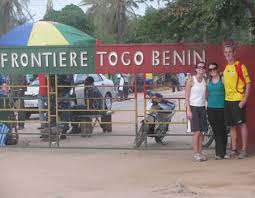 The Nigeria’s President Muhammadu Buhari has ordered the immediate opening of four of  the country’s land borders.

you can recall that all land border where closed on August 2019, to checkmate the excesses of smugglers, in the wake of insecurity that has bedeviled the country till date, and also to curtailed the proliferation of firearms.

the decision to reopen some of the land border was arrived today during the federal executive committee meeting where president Buhari joined from Duara virtually.

The borders that will be opened immediately are Seme in Lagos State, Illela in Sokoto State, Maigatari in Jigawa State and Mfun that bordered the south-south and it neighboring counter’s.

the meeting was presided over by professor Yomi Osibanjo the country’s vice president.

those present in the FEC meeting where Habiba Lawal, permanent secretary of the ecological fund office, stood in for Boss Mustapha, secretary to the government of the federation, who is currently on self-isolation, among others.

The Nigerian leader’s directive was made through the Minister of Finance at the end of the 28th virtual Federal Executive Committee (FEC) meeting on Wednesday.

President Buhari also directed other land borders to be opened by December 31, 2020.

He had on December 8, 2020, revealed plans to reopen the land borders, explaining that the closure of the nation’s land borders was part of the efforts by the government to control the smuggling of weapons and drugs into the country.

“Now that the message has sunk in with our neighbours, we are looking into reopening the borders as soon as possible,” Buhari was quoted as saying in a statement by Garba Shehu, his Senior Special Assistant on Media and Publicity.