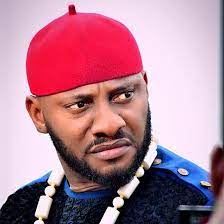 Top Nollywood actor and director, Yul Edochie has pleaded with movie lovers and fans to do away with the notion that he has knowledge of where they can make quick money via rituals because he plays similar roles in movies.

Yul known for being very good with such movie roles explained that what they see him do is just an interpretation of the script he gets.

Lamenting the rate at which quick wealth seekers flood his social media handles/page to ask for how to go about doing money rituals, Yul wrote, “Some people are sending me messages begging me to show them where they can do money rituals. Come on now guys, come on.

“Na film I dey act. Just like American action films where one man will defeat a whole city of bad guys. Na storyline be that, e no dey happen. Is it now a crime to be a good actor?
Make I no chop??? Na wa for una oo.”

Yul Edochie joined Nollywood in 2005 and has won numerous awards in the time he has spent in the industry.