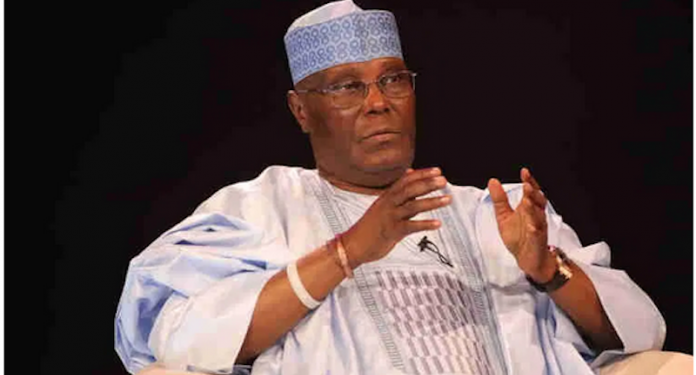 The Peoples Democratic Party (PDP) needs to be strengthened to enable it take over power in 2023, ex-Vice President,  Abubakar Atiku   said yesterday in Benin.

Atiku who spoke to journalists shortly after paying a courtesy visit to Edo State Governor, Godwin Obaseki, said to achieve this, they would also have to take over the leadership of many states in the country.

“My meeting with the governor centred on governance, current issues in the country, and how the Peoples Democratic Party could be strengthened to take over power in 2023.

Responding, Obaseki  commended Atiku for his contributions to the advancement of the country’s democracy saying: “I cannot thank you enough for the leadership that you continue to provide; the counsel you gave me during my electioneering, the private conversations and the assistance you rendered to me when we joined the party. We had challenges, but you stepped up and threw your weight behind the resolution of the issues.”

Also, the Ooni of Ife, Oba Enitan Adeyeye Ogunwusi, yesterday, congratulated the governor on his victory in the September 19, 2020 gubernatorial election, hailing his government’s developmental strides across all sectors of the state.

He assured the governor that traditional rulers would continue to work with constituted authorities to move the nation forward, and advised him not to be distracted but to remain focused and double his efforts in making life better for Edo people, particularly the youths.

In his remark, Obaseki reassured of his government’s commitment to sustain the partnership with the traditional institution in the state.