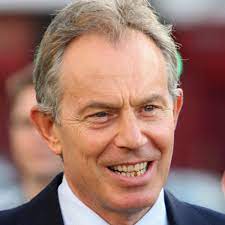 A former British Prime Minister, Tony Blair, has warned policymakers in Africa and the rest of the world that they must learn the lessons from the rise of the violent extremist group Boko Haram if they are to counter similar groups.

He said this at the launch of a new report from the Tony Blair Institute.

In the report tagged, ‘Violent Extremism in Sub-Saharan Africa: Lessons from the Rise of Boko Haram’, Mr Blair said: “For 12 years, the vast potential of Nigeria has been held back by the scourge of Boko Haram’s violent activities. This report reveals the detailed history behind what began as a non-violent local Islamic movement and what became a transnational terrorist organisation. In doing so, it explains the genesis of an ideology we must understand fully if we hope to defeat it, collectively.

“To reach the right solutions and a proportional response requires us to trace the roots of the movements and understand the common ways in which Islam’s beliefs – in all local contexts – are exploited and politicised. Boko Haram today threatens not only Nigeria’s future but also that of wider sub-Saharan Africa. A commitment to confront extremism on the continent together will be a first critical step to realising this region’s full potential.”

The new report is being published just before the 12th anniversary of the first series attacks by Boko Haram on several police stations across northern Nigeria, on 26 July 2009.  The attacks led to the death of hundreds of Boko Haram members and that of its first leader, Muhammed Yusuf.

It sets out a number of key findings about the factors which led to Boko Haram’s rise and their survival and success, and recommendations for how policymakers should respond.