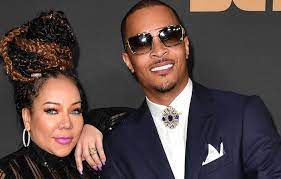 American rapper T.I. and his wife, Tiny Harris are under investigation for sexual assault and drugging in Los Angeles, months after a string of victims came forward with allegations against the couple spanning multiple US states.

The Los Angeles Police Department has confirmed the investigation, saying it is currently open after an unnamed woman spoke to police virtually in April.

The woman is represented by Tyrone A. Blackburn, the attorney who previously sent letters on behalf of multiple victims calling for criminal investigations into T.I. and Tiny in California and Georgia.

The couple has repeatedly denied all the allegations against them, with their attorney saying the couple has “not spoken to or been contacted by” police, including in Los Angeles and Las Vegas.

The unnamed L.A. woman claimed in a police report that a man at a mall invited her to a party with T.I. and Tiny. She later met them at a club the next night, sometime between January and May in 2005. The woman remembered having two drinks at the club before Tiny gave her and her friend sips of a clear drink that tasted like Patrón tequila but that she did not see Tiny herself drink.

Later, she said she went back to T.I. and Tiny’s hotel room without her friend, who was not allowed to join. She said she was then raped, calling the incident a life-altering trauma.

The Las Vegas woman, Rachelle Jenks, said she met Tiny in a bathroom at Las Vegas’s McCarran International Airport on August 18, 2010, when she was 30. She said Tiny invited her to a hotel room with her and T.I. that night, and she later met the couple at the Venetian. Jenks said Tiny gave her a Patrón shot, and she felt “dizzy and confused” after taking it, per the report. The couple offered Jenks marijuana soon after, which she said she took as well. She later said she performed sexual acts with the couple and told police she believed she was unable to consent because she was given an allegedly spiked drink and drugs. Ms. Jenks said she was then transported to Los Angeles by the couple and again forced to engage in sex acts.

Initial allegations of sexual assault, abuse, and drugging against T.I. and Tiny, described by dozens of alleged victims on Instagram, led the couple’s MTV reality series, T.I. & Tiny: Friends & Family Hustle, to pause filming in February. Around that time, news also came out that T.I. would not return to ‘Ant-Man 3.’