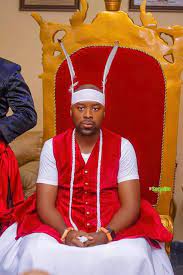 The palace of the Olu of Warri, otherwise known as ‘Aghofen’, is now wearing a new look in readiness to host dignitaries from all walks of life both at home and in the diaspora expected to attend the coronation of Prince Tsola Emiko, the 21st Olu of Warri.

It is not just the palace that had received face lifting, the entire adjoining streets, including the popular Ajamimogha and Okere, both in the heart of Warri South Local Government Area, are all wearing a carnival look for yet another historic event in Iwere kingdom.

Streetlights in and around the palace area have been put in perfect condition while the major roads leading to the palace have been decorated in bright colours, in addition to colourful billboards and posters of the Olu designate, Prince Tsola Emiko, adorning the streets.

The coronation events, which started on Friday with praise and worship concert led by popular gospel singer, Nathaniel Bassey at the palace of the Olu of Warri, will feature a boat regatta at 9am today. The coronation of the Olu will beheld at Ode Itsekiri by 11am.

Meanwhile, The Egogo of Warri Kingdom, Chief Robinson Ariyo, has said the missing crowns reportedly stolen from the Olu’s palace, will not affect the coronation of the Olu designate, Omoba Tsola Emiko.