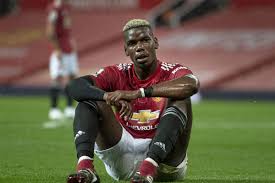 Paul Pogba is “unhappy” at Manchester United and “has to change teams” in the next transfer window, says his agent Mino Raiola. The France midfielder’s current contract runs until June 2022.

Pogba, 27, has made only eight Premier League appearances this season, starting five, and scored his first goal of the campaign on Saturday.

“Paul is unhappy. He is no longer able to express himself as he would like and as expected of him,” Raiola said.

“He has a contract that will expire in a year and a half, but I think the best solution for the parties is to sell him in the next market.”

Raiola said it was not Pogba’s “intention” to extend his contract.

Pogba, who rejoined United from Juventus for £89m in 2016, has made no secret of his desire to play for Real Madrid.

In November, France manager Didier Deschamps said Pogba “cannot be happy” with his situation at United.

Pogba made only 22 appearances in all competitions last season because of an ankle injury, but in August Raiola said new contract discussions would take place. But Raiola said on Monday that Pogba’s time at United is now “over”.

“It is useless to go around it,” he said. “Better to speak clearly, look ahead and not waste time.”

One thought on “Agent Says,Paul Pogba ‘Unhappy’ at Man United,”