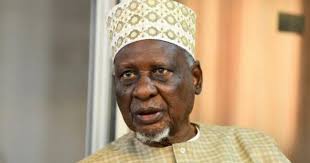 When that motion was made, in 1956 for Nigeria’s independence by Anthony Enahoro Nigeria lack the need requisite human capital to face the challenges of self governance. This notion was made know to the public by elder statesman, Alhaji Tanko Yakassai.

He said this in an essay titled, Leadership Question and issue of Nigeria’s National unity, which he wrote to celebrate his 94th birthday on December 31st.

That motion was made by one of Nigeria finest pro-independence activist, chief Anthony Enahoro, who was a member of house representatives, under the defunct Action Group, he moved the motion for independence from the British in 1953,

Yakasai, recalled that as at 1953, the entire northern region had only one University graduate, the late Dr R. A. B. Dikko, compared to the thousands in the Western and Eastern regions.

He also faulted critics of Nigeria’s current local government structure wherein Kano has 44 while Lagos with an equally large population has far less.

Yakasai said, “What I found very disturbing is that such utterances are directed against the unity of our country. Such narratives resembled that of some political leaders’ way back in 1953; when a member of the defunct Action Group Party, introduced a motion in the House of Representatives, asking Britain to grant independence to Nigeria by 1956. Another Northern member of the House proposed an amendment to the motion by changing 1956 to as soon as practicable.

“This was because as at 1953, the entire Northern Region, which had 75 per cent of Nigeria’s landmass and about 55 per cent of the country’s population, had only one graduate, Dr. R.A.B Dikko

“At the same time, the South had thousands of graduates from different fields of expertise including law, engineering, medicine, administration, social sciences, etc. with about 90 per cent of the public services manpower in the North were made up of expatriates or Nigerians from the southern part of the country.

“Action Group leaders rejected the compromise proposed by the northern legislator in order to enable the north prepare itself for independence.

“This is because if Nigeria was granted independence by 1956, the North would be under the control of the civil servants from the South, a situation that will put the North under perpetual domination of the South, particularly people from the Western Region, which had the preponderance of the public servants at the time.”