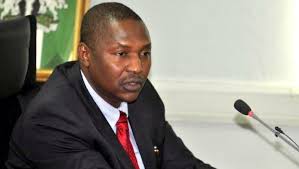 Malami, who appeared on a Channels Television Sunrise Daily on Tuesday, made this known while reacting to reports that the APC chieftain was being investigated.

According to him, no investigation has been instituted at its instance against the former Governor of Lagos by any agency of government be it EFCC or the Code of Conduct Bureau.

“The Office of the AGF has not taken any decision, filed or instituted any action before any court in the land relating to Bola Ahmed Tinubu.

“However, the Office of the AGF and its arm, which is the Director of Public Prosecutions, has not initiated any proceedings and no investigation has been instituted by either EFCC or the Code of Conduct Bureau against the APC chieftain,” he said.