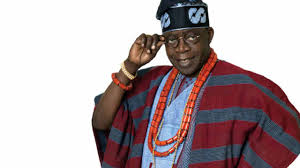 The raise to one  number citizen of Nigeria comes 2023 is getting tougher each passing day. From the North to South, expression of interest is showed by men and women that feel’s they have the well wither to occupy the exotic position.

The latest coming from a chieftain of the ruling party the All Progressive Congress, APC. Yekini Nabena, the former Deputy National Publicity Secretary.

In his submission on Thursday, he opened up on the national leader of the  party chance of emerging  the party candidate in the 2023 presidential elections, he said Bola Tinubu chances are depending on his alliances with other party stakeholder from other zones in the country.

He made this known in Lagos on Thursday when he was speaking to journalist. “I don’t know or tell how strong Tinubu’s chances are because politics is all about alliance.

“It depends on who he is aligning with and his alibi. A tree cannot make a forest, you can be strong in a particular state but what about others.

In another development, the former and current speakers of state houses of Assembly in South West on Thursday threw their weight behind the presidential ambition of Bola Tinubu, they made their stand known during a meeting in Ibadan the capital of Oyo State.

The party has not made any categorical statement about this.