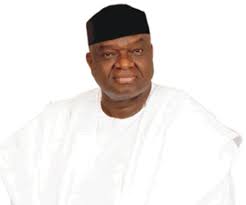 I was shocked, when I heard that Mr Dennis Abuda had been kidnapped by Fulani herdsmen along with others at the Ahor village axis on the Benin/Auchi/Abuja Bypass on his way from Fugar to Lagos to board a Delta flight that same day in the evening to Atlanta, Georgia, USA, where he resides with his family.

My first reaction was is he in Nigeria? I was answered in the affirmative. Quite unlike him, he didn’t call me on this trip. A few hours later, a call came in to tell me that his kidnappers killed him. What a shame in a failed country called Nigeria.

The first time I met Mr Abuda was in the early nineties through a mutual friend in Benin city. He was then working in Port Harcourt while his family was based in Benin. Our friendship bonded socially.

Many years later, he relocated with his family to Atlanta, USA in search of the American dream. We met again after many years in Atlanta at Lenox Mall in downtown Atlanta. We reconnected and our friendship waxed stronger. We exchanged visits ourselves and socialized often.

He always offered to pick me up from the airport whenever I told him I will be visiting Atlanta. He was a true Edo man, very generous and was exceedingly proud of his Etsako tribe, particularly his people from Fugar. He was indeed a man loved by his people and derived pleasure from assisting them. He always told me of his dream and plan to relocate back home to Fugar “the land of sugar” as i used to jokingly tell him.

The last time we spoke, was when he called to inform me of the demise of my friend and boss (at my first job after my secondary school education), Dr Charles Aizebeokhai also based in Atlanta, came home on vacation and died in his hometown Fugar.

Nigeria a country on autopilot cruising without a pilot is heading towards disintegration. When we were told a couple of years ago by a former United States envoy to Nigeria that Nigeria will disintegrate, Nigerians walks of life and diverse political affiliations came out to abuse him. As usual we rejected his observations and cast and bind both him and his opinion including his home country. But where are we today?,

It takes personal experiences to come to full grips of the rot in our society. The menace of kidnapping has gotten out of hands. If a distinguished personality such as Sheikh Abubakar Gumi can have a meeting with heavily armed Fulani herdsmen in their enclave with members of our security forces in attendance, it means that our government knows where these bandits are, but have refused to do anything to them. We all love our ethnic groups, but when we pamper and protect criminals in our ethnic groups, we sin before God and man. It is rather unfortunate that this present administration is supervising the disintegration of Nigeria.

May the gentle soul of Dennis Abuda rest in perfect peace. May God grant his family the fortitude to bear the great loss.

One thought on “TRIBUTE TO MR DENNIS ABUDA”