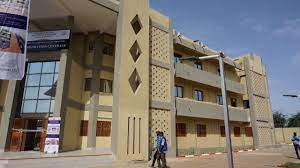 The United States of America has shut its embassy in Niger’s capital, Niamey, amidst reports of a failed attempt by some soldiers to stage a coup.

“US embassy Niamey will be closed on Wednesday, 31 March 2021, due to gunshots heard near our neighbourhood. Consular services are suspended until further notice.

“All personnel are encouraged to stay home, until further notice,” read a statement on the embassy’s website.

Heavy gunfire was heard early Wednesday around the presidential palace and in other neighbourhoods of Niamey.

Reports say the situation is now under control, less than 48 hours ahead of the inauguration of President-elect Mohamed Bazoum.

If he takes office it will be the first ever democratic transfer of power in Niger.

President Mahamadou Issoufou is stepping down after two five-year terms.