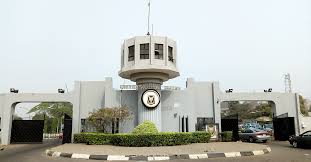 But in the new list, released on Tuesday, CU ranked 201–250 out of the total 606 selected institutions.

UI held the 111th spot on the list to emerge Nigeria’s best institution followed by the Lagos State University (LASU) on 155th position. The University of Lagos (UNILAG) was ranked 172 which makes it Nigeria’s third-best varsity.

Also on the list was the University of Nigeria, Nsukka (UNN) which was ranked 401-500 while Obafemi Awolowo University (OAU) was among 501-606.

Below are the six Nigerian universities that made the list:

The 2021 QS World University Rankings by Subject has named the University of Ibadan (UI) among the top varsities for the study of two courses globally.

UI made the list for the study of Medicine and Agriculture & Forestry — with the varsity’s best performance coming from Medicine.

With two ranked programmes from one institution in this year’s subject rankings, Nigeria emerged as the 76th most-represented country in the world.

Of the two disciplines in UI that made the rankings, the varsity’s medical programme improved its position by falling within 351-400 from 401-450 recorded in 2020.

QS’ rankings provide comparative analyses on the performance of 14,435 programmes taken by students at 1,452 varsities in 86 locations globally, within 51 academic disciplines and five broad faculty areas.

The University of Cape Town in South Africa remained Africa’s most competitive institution, with 24 of its programmes placing among the top-200.

From the global perspective, Harvard University and the Massachusetts Institute of Technology (MIT) emerged as the strongest-performing institutions across the exercise, ranking number one in 12 subjects.

Also, the UK’s higher education sector remained resilient. 13 of the 51 subject tables are topped by a British university, with the University of Oxford leading five of those 13.

In the same vein, the Chinese higher education has continued to reach new heights as the sector attained a record number of programme now achieving a top-50 rank.

It is, however, worthy of mention that no university has a larger number of top-50 departments than Canada’s University of Toronto (46).