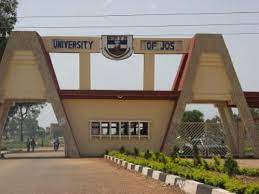 The authorities at the University of Jos, Plateau State, North Central Nigeria, have suspended all academic activities in the institution, Until further notice.

In a statement issued on Friday, the Management of the institution also directed the closure of all Hostels until further notice.

According to the management of the institution, the development followed the risky and precarious security situation in Jos, the imposition of a dusk to dawn curfew, which has affected the academic activities, including the suspension of the second-semester examination for the 2019/2020 session.

The decision was taken following an emergency meeting of the management and Committee of Deans, Directors, and Provost of the university, held on Friday 20th August, in view of the continuous killings of the students around the University area, Shortly after the relaxation of the 24 hours curfew in the Stat

The statement added that students are to note that adequate notice will be given to them, when normalcy is fully restored in Jos, to enable them to return for the conclusion of their second Semester examination and other academic activities.