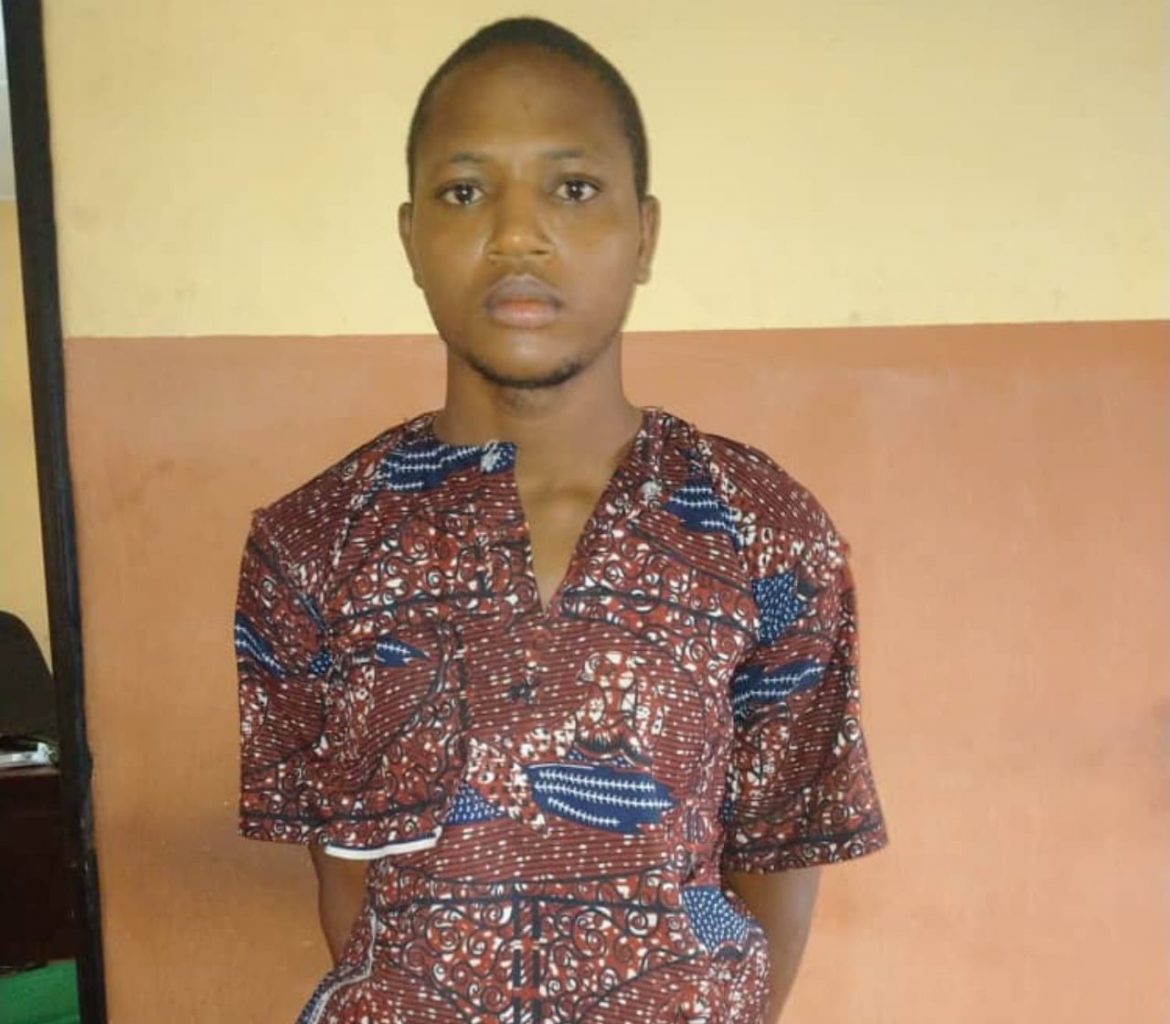 The Ogun State Police Command has arrested a certain man name Usman Hassan, for alleged killing and kidnapping in the state.

Usman Hassan, has been described by the police as “a notorious kidnap kingpin” he was said to have escaped from Oyo state after he and his gang had killed one of their victims, some of his accomplice were earlier arrested in Oyo state after they were confirmed to have kidnapped a victim in Solalu village.

The farm owner that was kidnapped in Solalu village was killed after they collected ransom, and, Hassan reportedly ran to Ogun State.

“On getting to Ogun State, he started recruiting other men to form another kidnap gang in Ogun State,” the Ogun police spokesman, Abimbola Oyeyemi told news men on Monday.

Oyeyemi said, “He ran out of luck when detectives of Ogun State police Command got information about his activity from those he had tried to recruit into his kidnap team.”

It was gathered that his hideout in Imala area was stormed by police detectives and he was promptly arrested.

“On interrogation, he confessed that he conspired with his biological brother, one Tahiru Usman and others to kidnap their victim in Akinyele area of Ibadan and that they decided to kill the man after collecting ransom because the man can identify them.”