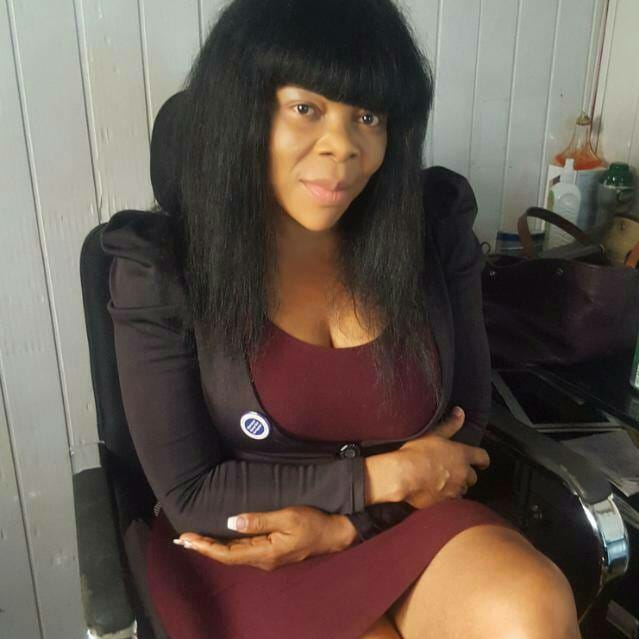 The human rights defenders and access to justice advocacy center went to some selected market to sensitise the people on the need to give their children a proper education, the Africa giant news cut up with them on one of their enlightenment campaign.

The organization has over the years engaged on program that will make the entire country a better place. Their selfless service and services to humanity, to bring happiness to millions of home across the six political zone in Nigeria.

Their services has brought hope to homes that has lost confidence in the government of the land, in a country where justice is not served, where police, has become a Conduit pipe to the citizenry that is met to protect.

The National President of the Organization, Comrade Mrs. QueennetRose Olushola, said the people need constant engagement, she said if repeated effort is made to sensitised the people, you will know that Nigerians are people that can comply with the law, and do the right thing, at the right time, and the right place.

“The government should do more enlightenment, to create awareness, agency like the national orientation agency should come out from the moribund stage and take the leadership role in sensitising the citizenry, there should be an office of the National Orientation Agency in every ward of the 774 local government in the country for easy dissemination of information’s, the officer’s that will manage the ward’s offices of the agency, will engaged the locals on how to abide by the law”

The organization has continue to meet stiff opposition in the discharged of their civil duties, in all of these, the national president said the organization will not be deter in any way.

“Some people need to replicate what is obtainable in advance world, things has to be done just the way it is done in the advance countries, human rights defenders and access to justice advocacy center, has come to fill in the lacuna that the government ineffectiveness has created” she said.

She said further “These are some of the properly reasons that I and the organizational chairman and other committed members are out to achieve. We have taken it upon ourselves to savage the situation, if not done exactly the way’s there are done in the advance world, we should have a close proximity of that”.

“ some of our brothers and sisters that has leaved the vital part of their lives in oversee, seeing how things work over there, some of them are not helping issues, immediately they alert from the aircraft,  you see them exhibiting what they call, Nigeria factors or character, were all manner of laws can be circumvented”

She used the issue of the traffic light to drive home her point.

“Taken the issue of traffic light into cognizance, which one of them can run through, when the red light is on, even when the enforcers are not there,  but, over here you see them beating the light, something they dear not do in their respective countries of resident. This abnormalities and others, are what our organization is out to correct”

“we will keep sensitizing the people on the need to be on the side of law, once you are on the law side, you will not be victimize by anybody, no matter how highly placed the person might be”.

In another development, the National Chairman of the Organisation, chief Comrade Olushola Adegboye, the Olu-Omo of Shasha Kingdom, said no matter the hostility, the organization will continue to bring awareness to the door steps of the people.

Comrade Olushola. “A lot of Nigerians are still leaving in the past, some for whatever reasons have refused to embrace change, change in attitude and behaviors”

Comrade Adegboye. “We are not worried, in any way, this is a fight and it is a legitimate fight. Government or no government, we will do our best to make sure the society is sensitise on the need while it should be a better place to leave inn”

The organisation, told us that, the sensitization will   henceforth be a weekly thing, by going out to sensitise the people on the need to send their children to school, they also told some concerned parent, that if they do not have the means to do that, that the human rights defenders and access to justice advocacy center will help in any way it can, through the help of their inestimable partners