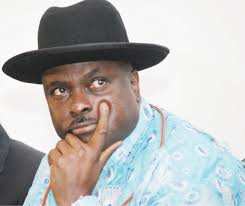 the government of President Muhammadu Buhari has tactically ruled out a direct refund of the Ibori loot to Delta State Government.

this was contained in the remarks by Abubakar Malami, Attorney-General of the Federation and Minister of Justice, at the signing of the Memorandum of Understanding with the United Kingdom.

“In consonance with existing framework or model engaged in the management of previous recoveries, the Federal Executive Council directed that the instant repatriated funds should be deployed towards the completion of the following legacy projects: the Second Niger Bridge, Abuja – Kano expressway and the Lagos – Ibadan expressway”, he said.

Malami said the spending is under the coordination of the Nigeria Social Investment Authority (NSIA) to ensure integrity of the process, while a reputable Civil Society Organization has been engaged to monitor the execution of the projects.

In the MoU earlier executed in 2016, the UK agreed to release millions of pounds declared stolen by former Delta State Governor, James Ibori and associates.

Malami said the development was the threshold of another major milestone in Nigeria’s quest to attain full recovery of all looted assets, prevent abuse of recovered assets and ensure optimal utilization for citizens’ benefit.

The minister noted that the repatriation underscored the fact that international cooperation and mutual trust can yield great benefits for the citizenry in developing countries who are the direct victims of acts of corruption.

Malamai recalled Nigeria provided the assistance to the British authorities while the prosecution of James Ibori lasted in London.

The AGF expressed confidence that the Nigerian and British governments remain committed to all affirmative actions to combat corruption/illicit financial flows and ensure looters do not find comfort.

Noting that the Buhari administration has established a reputation of transparency and accountability of utilization of recovered assets, the Ibori loot, he assured, “will in no way be different in terms of application”.