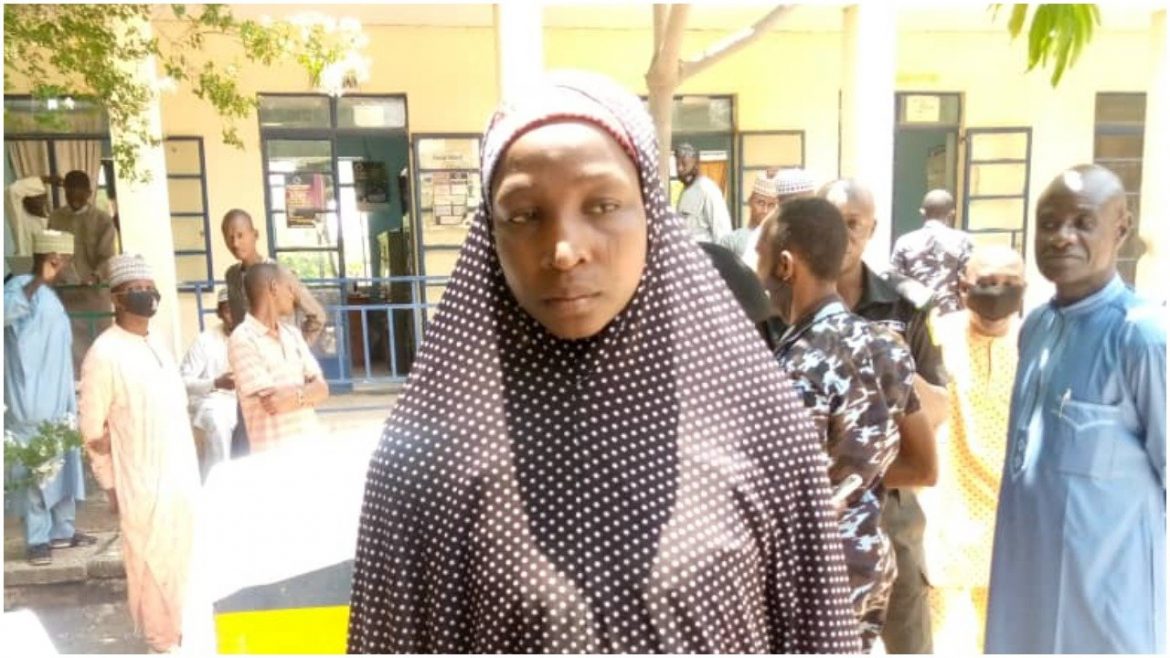 The Katsina State Police Command have arrested Aisha Nura 27, the alleged wife of a notorious gun runner with the sum of N2.4 million which she said belongs to her husband, Nura Alh. Murnai, currently at large.

Aisha was apprehended while trying to board a motorcycle to Nahuta village, a Fulani settlement.

The suspect was paraded before newsmen on Friday by the spokesman of the Katsina Police Command, SP Isah Gambo.

While fielding questions from newsmen, Aisha confessed that her husband was a cattle rustler but does not use a gun for his operations.

She, however, admitted that the leaders of their syndicates do have guns.

She also alleged that her husband sent her to collect the money from one of their counterparts in Kaduna forest.

“On 25th July 2021 at about 0900hrs, based on a tip-off, the Command succeeded in arresting one Aisha Nura, aged 27yrs of Barandaa village, a Fulani settlement at Batsari LGA of Katsina state.

“Nemesis caught up with the suspect when she was arrested suspiciously, concealing her presence and trying to board an Okada motorcycle from Batsari town heading towards Nahuta village. Immediately she was searched, money, the sum of two million four hundred and five thousand naira (N2,405,000:0OK) was

found in her possession reasonably suspected to be proceeds of arms supplies to bandits in Kaduna State. In the course of investigations, the suspect confessed to the commission of the offence and admitted that she was sent by her husband one Nura Alh. Murnai, a notorious bandit belonging to the camp of bandits leader, Abu Radda, to collect the money on his behalf from his counterparts in Kaduna forest. Investigations are ongoing,” Gambo Isah